Can you feel it? It’s almost that time of year again. I don’t particularly love to look ahead to the spring, because the thought of my weekends being devoid of football invokes a deep physical pain that I imagine being similar to that of getting stiff-armed by Vance McDonald on Monday Night Football.

Well, probably not, but until I know for sure, technically no one can tell me that I’m wrong. (No one tell Vance McDonald that I suggested this, please.)

College bowl games are approaching (for the players that aren’t sitting out or quit the team months ago), and you can almost hear the deafening boos that Roger Goodell will rightly be served at the podium. 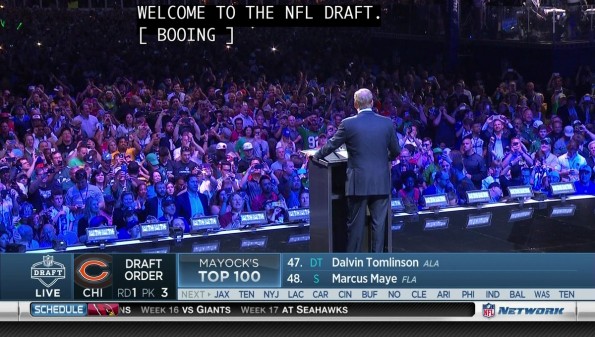 Yes, it’s winter time, and there are still teams out there that are 5-8 and losing sleep over the wild scenarios that would miraculously put them in the playoffs. They won’t let anyone convince them that it’s just not their year. However, it’s never too early to start fantasizing about the franchise-altering players your team could draft then trade away for a box of s’mores Poptarts so that they can go and win a Super Bowl for another team (to be fair, that is the best flavor). The Raiders have been in Big Board SZN since August and are wondering why I just started looking into this two days ago. Living and dying by football teams is the BEST.

The big wigs on the NFL Draft scene have been working at their Big Boards for months, so that we are constantly updated on who the best available players are and can inevitably watch one of them sit at #1 for five rounds because someone dug up a tweet of his from 2007 just seconds before the night began. Months of blood, sweat, and Gatorade tears from endless preparation and research by Mel Kiper and Mike Mayock are thrown in a blender because some little kid with a Twitter finger just couldn’t resist (and the Browns probably reached again).

Since these Big Boards quickly become about as useless as protesting a flag for pass interference on a deep throw by Joe Flacco, I will now present to you my own Big Board of Most Draftable Names. I spent far less time on this than the draft gurus, but it will serve you with much more pertinent information than theirs ever could. Oily hips and bubble butts are temporary, but names are forever. Well, unless you’re Chad Johnson-turned-Ochocinco. That’s a first-round pick if he switches the name pre-draft.

All twenty of these players are draft eligible this year, and I strongly encourage all of the general managers that are definitely reading this list to please consider its merit come April. Do you think Quentin Jammer has a career in the NFL if his name is Quentin Letterunpastme? HA, no.

1. Cortez Broughton, DT, Cincinnati: In the cinematic masterpiece SpyKids, the
dorky little brother, Junie, is repeatedly told that he will prevail because “He’s a Cortez.” This guy is Cortez.

2. Chad President, QB, Tulsa: As I’ve mentioned previously, Twitter is everything. He is a dual-threat in the way that he presents the option for fans to use two hashtag favorites: #ThatsMyQuarterback when he’s balling out, and #NotMyPresident when he’s just thrown pick sixes on back to back drives in the fourth quarter and everyone is chanting the backup’s name.

4. Joey Magnifico, TE, Memphis: Every team is looking for the next physically imposing, athletic tight end to make those magnificent circus catches. Bonus points if he played basketball and we can mention it every time he catches a pass until the day he retires.

5. Eddie McDoom, WR, South Florida: Are you not intimidated?

6. True Thompson, WR, Minnesota: Whoa, that Kardashian kid grew up fast! I thought she was a girl though..? Well, whatever. He (or she) undoubtedly has some
very athletic genes with Tristan Thompson and O.J. in the lineage. 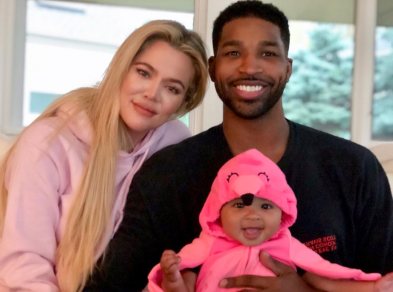 8. Micky Crum, TE, Louisville: He’s not trying to be the next Mickey, but instead the first Micky. Fans respect a player who strives to create his own legacy instead of living up to someone else’s. One day, when he shouts “I’M GOING TO DISNEY WORLD!” it’ll be in his own right.

9. Messiah Tyler, LB, Fresno State: FINALLY, it’s the savior of your franchise that will bring it to the promise land. Or, you know, maybe at least a winning record this year. *fingers crossed*

10. Luke Mayock, WR, Miami (OH): The nephew of the aforementioned Mike Mayock, that last name solidifies him as an automatic must-draft. This guy will live in your film room.

11. Rip Kirk, QB, Mississippi State: I have no idea who Kirk is, but playing in honor of someone who has passed away is always a surefire motivator. #RIPKirk, let’s get it trending.

12. Bo Peek, DT, Stanford: It’s tough to imagine anyone playing angrier than a guy who lost his sheep and doesn’t know where to find them.

13. Reid Herring, QB, East Carolina: If the team is playing terribly, he serves as the perfect distraction to the disaster that’s unfolding. This is extremely impressive when you consider the fact that 99% of terrible offenses can be blamed on the quarterback.

14. Lil’Jordan Humphrey, WR, Texas: If 6’4″, 225 pounds is “little,” can you imagine what he’ll be doing to secondaries when he finally hits that growth spurt? Little Jenny Humphrey took quite the turn when she grew up on Gossip Girl, so color me intrigued. XOXO.

15. Chase Brown, OL, Pittsburgh: His name literally means “go after the football,” which doesn’t seem important for an offensive lineman, but if he ever blocks for Jameis Winston, this would be an invaluable skill.

16. Bull Barge, LB, South Alabama: Will run you over so hard that you become one with the turf beads.

17. Aaron Overacker, TE, New Mexico: It never hurts to stash a guy on the roster whose sole purpose is to dramatically overact and draw b.s. pass interference calls
(see above re: Joe Flacco).

18. TD Marshall, WR, UAB: King of touchdowns. Could teach that scrub Julio Jones a thing or two about commanding targets in the red zone.

19. Boosie Whitlow, DE/LB, Louisville: Probably knows how to party, and would be great at recruiting free agents. I heard Chad Kelly is looking for a job! #Swag 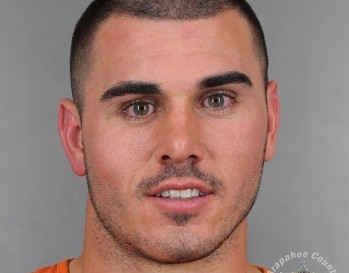 20. John Leglue, OL, Tulane: Le glue that will gel your offensive line for years to come.

**Note: This list only includes FBS players. I have a lot of time on my hands, but not that much.**

6 thoughts on “Big Board SZN: Most Draftable Names”