This year for Christmas, the No Fun League is holding true to its name. It is selfishly denying us of any football games, and hoping that Raiders @ Broncos on Christmas Eve will suffice. I know that Christmas day is “Tuesday” and “Christmas is for the NBA,” but seeing Kendall Jenner on the sidelines of Celtics-Sixers annoys me infinitely more than it sparks any sort of Christmas cheer in me. (The Kardashian curse is REAL and we all know it.)

For once in my life, I’d rather have coal (Mom, if you’re reading this I don’t mean from you… I need a new computer). Coal can be used to generate steam or power, but this Christmas Eve game will solely be generating background noise for my stomach while it is hard at work digesting all the chocolate I am certain I will recklessly inhale that night.

Although the NFL does not care about us, I care deeply about the NFL. I care about each team improving next season, mostly because I will not stand for another Super Bowl that includes the Patriots (41-33). I want to ensure that each team gets the perfect gift this Christmas, so I have created a list that I will be sending up to the North Pole later today because Lord knows I do not have the money to fulfill it. This is a job for the big guy in the red suit (Santa, not to be confused with Andy Reid).

This list has been created in order of desperation, aka the current NFL Draft order. I realize that this is not a perfect ranking, because the Browns are the most electric 6-7-1 team ever. Nevertheless, the cloud of Hue still looms over their season, and they could use some cheering up.

Coming out of college, one concern with rookie QB Josh Rosen was that he had trouble obeying authority. If the Cardinals sit him on this mat every once in awhile, he’ll likely stop throwing 7/23 for 97 yards and a pick every game. He’s capable of much more, but the coaches want him to perform better than a guy off the street, so he’s not going to. Time-out is a tried and true method of punishment where he can contemplate these absurd stat lines.

How do you shop for a team that’s about to have everything? I mean, they traded two of their best players away for first-rounders, so that’s obviously a home run, right? If the Raiders are trading players away for ham sandwiches, it seems logical to compliment them with fancy cheese.

It’s Jets tradition that the head coach gets a tattoo of his wife in the quarterback’s jersey. Ever wonder why the Jets haven’t made the playoffs since Mark Sanchez and Rex Ryan were in town? Todd Bowles and Sam Darnold need to create a proper bond in order for the Jets to have a fighting chance. 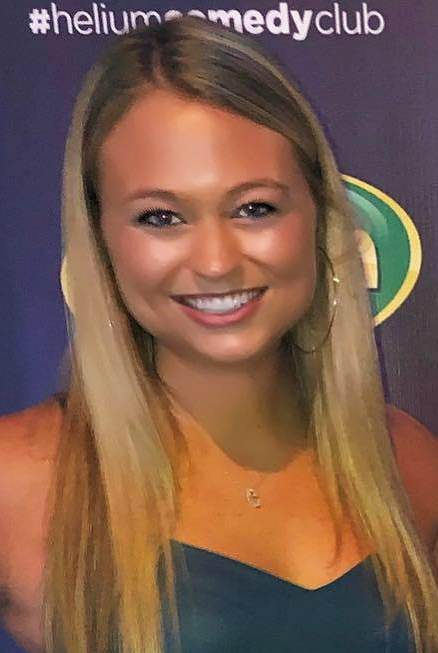 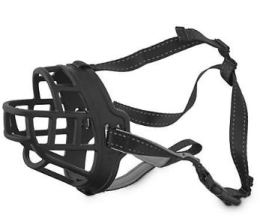 Can Jaguars wear muzzles, or is that just dogs? I hope they fit, because Jalen Ramsey needs one. He trashed just about every quarterback in the NFL this off season and then most of them beat his team. Regardless of individual performance, trash talk always looks stupid if your team is embarrassing. Lock it up next time. 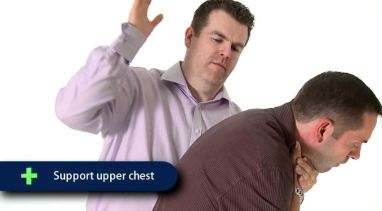 You can die from choking, you know. The Falcons are lucky that they even came out alive of Super Bowl 51. Maybe next time the players can help out each another to prevent further damage and colossal embarrassment that will probably never fade.

Sound machines are LIFE. I bought my first one when my grandparents temporarily moved in, because they listened to the TV so loudly that I almost ended up the deaf one. On the other end of the spectrum, there’s no denying that Matt Stafford’s three (precious) girls under the age of two are causing him to lose some sleep.  It’s a pretty simple solution, so I’m not sure how he hasn’t bought one yet, but he did go to UGA, so… (Go Cocks).

Poor Saquon Barkley has been carrying the Giants on his back and his adorable baby on his chest all season. Even a man that strong has got to be sore by now. With this carrier, he can simultaneously tote the team and Jada Clare with ease. Everybody wins!

The Bucs haven’t had many W’s to eat recently, so when they do land on their plate, they should only be eating from the best there is to offer. It’s shocking that no one has contracted a disease from eating them off of Jameis’s fingers. I’m Team Sanitation and lending the Bucs an invitation.

Sure, Josh Allen looks great in shorts, so he should wear them whenever possible. However, has anyone ever wondered if maybe he just doesn’t own any other bottoms..?? What’s he going to wear to the trophy presentation when he wins FedEx Ground Player of the Year? Allow me to help you clean up a bit, Josh. We’re not in Wyoming anymore.

Aaron Rodgers isn’t avoiding contact with his family, his phone is probably just broken! Right…? Right? He was too busy getting Mike McCarthy fired to buy a new one, so I thought I’d go ahead and reconnect a family this Christmas. That’s what it’s all about.

Another season of football, another year the Broncos are left out of the playoffs and wondering why John Elway can’t get someone even minimally exciting to play quarterback. Obviously, cutting Chad Kelly had to happen, but I thought it would be nice for the organization to reminisce on the good old days… what could’ve been, if that family hadn’t left their front door unlocked. ~sigh~

As is customary with the Bengals, they will probably be re-signing Marvin Lewis to his 873rd contract extension soon. Since all presents from Santa are free, they will be saving millions of dollars by being gifted this one on Christmas.

After starting out 5-1, the Panthers have lost six straight in an impressive fashion. Riverboat Ron Rivera is up a creek without a paddle and may be on the hot seat. This paddle is $150 so hopefully it helps.

Baker Mayfield is going to be waking up feeling dangerous every day for years to come. It would be foolish for the rest of his team to keep living in a state of unpreparedness.

The Dolphins put Brock Osweiler back on the bench when Ryan Tannehill was healthy and Danny Amendola cheated on Olivia Culpo. Nothing screams “WTF” louder than the combination of those two actions. If I’ve learned anything from sixteen seasons of Grey’s Anatomy, it’s that these things shouldn’t go unchecked.

Just because a talented player is up for grabs, it doesn’t mean you snatch him. After grabbing controversial (to say the least) player Reuben Foster off waivers, the Redskins need practice singing “thank u, next.” Kareem Hunt will be available in the future, and they must learn how to pass on a bad boy with Ariana-esque sass. 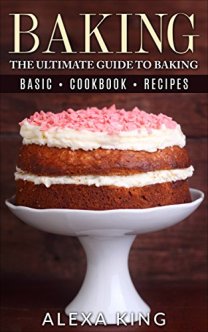 A return trip to the Super Bowl doesn’t seem likely this year, which means there will be a TON of Crisco lying around unused, which is a shame. Cakes and brownies aren’t a bad consolation prize to a bunch of greasy light poles, so the Birds should be appreciative of this gift.

If the Colts slide one of these up Andrew Luck’s sleeve, he could stay on the field for Hail Mary attempts. It would be much more discreet than putting Jacoby Brissett in the game. If they can keep Luck in the game, it could be a Hail Mary or a 69-yard series of laterals that embarrasses the Patriots as time expires! 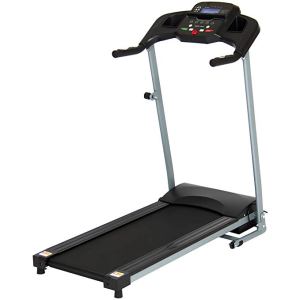 Instead of running sprints on the field before games, Coach Mike Vrabel can bring along this portable treadmill instead! When he runs sprints it kind of looks like he’s showing off and he probably doesn’t want to give off the wrong impression.

When the Seahawks signed Mychal Kendricks, they were obviously hoping to get stock trading tips from him in addition to mediocre linebacker play. Unfortunately, this plan was derailed when Kendricks pleaded guilty to insider trading. This kit should get the Seahawks back on the trading floor and keep them out of the slammer.

In the second round of the 2010 Draft, the Ravens drafted Sergio Kindle, a linebacker from Texas who later fell down the stairs and fractured his skull. Kindle only ever made one game appearance before his NFL career was brought to an unfortunate end. One of my best friends, Hope, is a diehard Ravens fan and used to ask (only half-jokingly), “Sooo, do we get a new pick…?” She never got that pick, but eight years later, I’m giving it back. Merry Christmas, Hope.

Approximately 45,000 of them, preferably dressed in blue and yellow. The Chargers can’t sell out a 27,000-seat soccer stadium, and will be moving to one that holds over 70,000. If the Chargers are stepping up their play, their fans need to step it up too. If more won’t be attending, they can at least plan a night where they all come together and dress up inflatables to pretend that anyone cares about them. 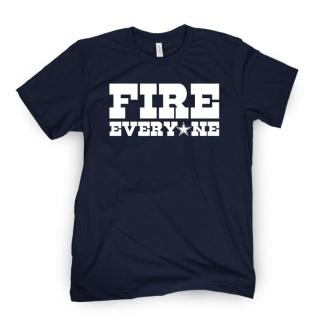 Jason Garrett has done just about everything under the sun to get himself fired and still hasn’t found success (shocker). Maybe if he and the entire team start wearing these, Jerry will finally get the message? His firing would be the ideal Cowboys Christmas present, but these are a hot start. (s/o Kayce Smith and Barstool Sports)

Facing an important AFC match-up at Denver in Week 12, the Steelers could not come away with a win to show for their efforts. The Broncos took it to them pretty good, and while they did not take the Steelers out to dinner first, the deed was still done. Pittsburgh should at least get a nice pin to show off their new club membership.

Yeah, yeah, I know… real original, Caroline. But these are spy cameras, so they won’t get caught this time! Brady is old, Gronk is old, Josh Gordon is gone, and the Pats just aren’t right this year… Belichick knows what to do.

I refuse to believe that Matt Nagy can keep wearing a visor on that bald head in subzero Chicago temperatures throughout the winter. If he’s not careful it’s going to affect his masterful playcalling, which the Bears cannot afford heading into the playoffs. Tread lightly, sir.

Everyone knows that renting is essentially throwing money away. As an accountant, it hurts me to see J.J. Watt leasing success and paying rent every day. Paying monthly is bad enough. I’d love nothing more to help him buy success and save some money for retirement. Football isn’t forever, J.J.

We’re all supposed to be crazily impressed with Sean McVay’s ability to recall every play his teams have ever run, etc., whatever… But we shouldn’t be fully sold on the fact that his brain is a steel trap until he conquers one of these bad boys in an absolutely dominant fashion (unlike the Rams vs. the Eagles last week).

Watching Patrick Mahomes throw (especially when he rolls right first… damn) often crosses the line into “explicit content,” which could cause uneasiness for some guys in the film room. A parental control system should be installed so that players who are uncomfortable with watching x-rated material are protected. 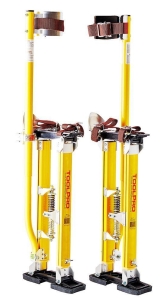 The word on the street used to be that Drew Brees was too short to win a Super Bowl, but he proved that to be false in the 2009 season. The Saints haven’t won one since, however, so the new word on the street is that he’s too short to win a second one. The Saints have a great chance this year, and nothing should hold back a man as deserving as Drew Brees.